Rivers are by far the most interesting and beautiful landscapes that this Earth knows.  They are so beautiful that a great number of painters decided to paint them in their works.  Many famous artists such as Vincent Van Gogh, Paul Cezanne, Thomas Gainsborough, and Bob Ross have painted breathtaking landscapes with rivers in them that rival many of the paintings that are considered their masterpieces.  These painters decided to take this beautiful landscape, and try to replicate its majesty.  The hardest thing to capture in a river is the flowing water, and the reflection given off by the water.  Rivers contain many different parts like rapids, eddie pools, shallows, banks, rough spots, and waterfalls.  Many artists like to also portray these so that they can fully captivate the essence of the river scene.  River paintings are some of my favorite because of the amount of complexity allowed in rivers’ varying shapes and backgrounds.

Rivers flow from the tops of mountains where the snowpack is contained.  The snowpack melts and it makes water that flows down the mountain into rivers.  The highest I’ve been to the top of is Nevada Falls in Yosemite National Park.  Yosemite is a beautiful place with many beautiful sights to see, many of these being different places along the Merced and Little Yosemite rivers.  Snowpack isn’t the only thing that makes rivers flow.  Rain is also a factor in making the rivers of the world keep on flowing.  The rain falls into the already existing river from the snowpack and keeps the river flowing with the addition of new water.  The way rivers form is one of the most interesting natural processes in the world.

Some of the world’s most spectacular rivers are the Amazon River, which doesn’t have a single bridge over it; the Nile River, which was the basis of life in Ancient Egypt; and the Mississippi river that can claim the title of the original western boundary of the United States of America.  Rivers have a large historical significance, as almost all big inland cities have an accessible river going around them.  These rivers acted as trade routes and gave these places trade and prosperity.  Rivers have always been used for many things by civilizations old and new, whether for fishing or for trade rivers will always have their use.

Some of the natural beauty in rivers for me comes in the way that the same water is never in the same place once.  It comes to that spot and it moves on immediately, with not enough time to stay in one spot as it must go on with the rest of the water to the mouth of the river where it feeds into the sea, and might one day be washed back into that river.  The water still wouldn’t stay in one place in the river even though it has come so far.  It doesn’t stop, it just keeps moving for more water to take its place.  Another thing that I find beautiful about rivers is that every single place that water took up one second ago is still taken up by water, but completely different water.  The water is viewed as one unit, but it’s all separate even though it flows together.  Rivers are also beautiful because of how they flow in patterns.  The water flows over the same rocks in the same way that it has for hundreds of years.  Moving one little rock might not change the way the river ends up going, but it does change the way that the water flows in one area, disturbing the way that water has been flowing for hundreds, maybe even thousands of years.

Rivers are not only the most beautiful, but also the most interesting landscapes in the world.  They are constantly active, and there is never one spot that isn’t moving along towards its goal of the sea, where it just moves back and forth instead of the far more interesting option of going in one direction and not taking any detours.  Rivers may not be the most complex of water systems, but they sure are the most interesting. 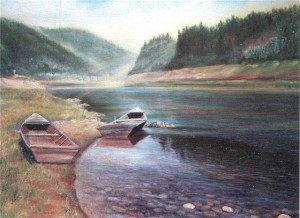 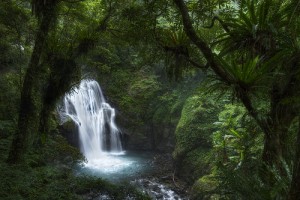 As American as Apple Pie

Apple pie is one of the first things that some people think of when they hear the word, “America”.  Made with dough and cinnamon apples, this is a delicacy that is enjoyed all throughout the United States.  Apple pie may not have originated in America, but it sure is popular.  Did you know that the first known apple pie a la mode was eaten in the 1890s by Professor Charles Watson Townsend, at the Cambridge Hotel?  He often ordered vanilla ice cream with his apple pie, and one day the diner next to him, Berry Hall, asked what its name was and the professor said that it didn’t have a name, so Ms. Hall promptly bestowed upon it the name of apple pie a la mode.

Category: Uncategorized | 2 Comments on As American as Apple Pie

The Royal Flush in Waco, Texas. My favorite time with my family.

My family and I adore going on road trips, and last summer, we took our biggest one yet.  It was a month long, and it stretched from California, through the South, into Florida, and up the East coast.  Possibly my favorite part of it was one of our many stops in Texas, the Royal Flush, in Waco.  This was a set of three MASSIVE water slides, that each had a lip at the bottom that would launch you into a lake.  I can’t decide which one I liked better, the one that launches one far out into the lake, or the one that shoots you off of the slide high into the air, making you plop down into the water, with a splash that would send the average cannonball to shame.  The pain of landing on the water didn’t even come close to superseding the addictive exhilaration of being catapulted through the air at high speeds, and the satisfying smack of your life jacket colliding with the surface of the water.  My family and I just couldn’t stop, we loved the slides, and I finally got my mom, who’s afraid of absolutely everything, to go down the biggest slide there.  It was easily one of the highlights of our trip, and I hope never to forget it. 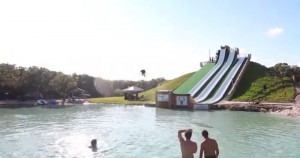 Online Me vs. Real Life Me

Online me is different than real life me in the way that online me is much more expressive than real life me.  When I’m online I feel that I am more free to say what I want, where in real life, I sometimes feel limited in conversation.  Talking to people online, I usually engage more in the conversation.  I am more expressive and feel it is easier to share my emotions online than in person.

Category: Uncategorized | 1 Comment on Online Me vs. Real Life Me

Welcome to your brand new blog at Edublogs!

To get started, simply visit your blog’s dashboard, edit or delete this post and check out all the other options available to you.

We can walk you through step-by-step in our guide to getting started with your blog.